We have organized train trip to Pilsener brewery already for EPDIC in 2004 and ICCBM conference in 2016. There is no minimum number of participants for the trip to be organized but it would be much more convenient if at least one carriage can be reasonably filled.

Departure from Prague at 8:13. The brewery is close to the railway station – 10-15 min. walk. Excursion in brewery 10:45, more groups possible after 15 minutes. Lunch in brewery restaurant Na Spilce with unlimited beer consumption. Other drinks possible too. Departure from Pilsen at 15:22 or later. In the train, serving of drinks, music group.

Since the minimum number of participants for ordering train can hardly be achieved, this planned trip will not be organized and can be done only privately or purchased from some travel agency.

The town of Český Krumlov, located in South Bohemian Region, is a UNESCO World Heritage Site since 1992. The name of the town comes from German words “krumm” (crooked) and “Aue” (meadow), describing the unique horseshoe bend of the river Vltava/Moldau within which the oldest settlement in the area was created. The English name for the town, (Bohemian) Crumlaw, comes from the German Böhmisch Krummau, too.

The construction of the town and castle began at a ford in Vltava River in the late 13th century. The ford was part of one of the most important trade routes in Bohemia, leading to the South (in direction of present Austria and Italy).

From 13th till 16th century, Český Krumlov and a large part of South Bohemia region was owned by the rich and mighty lords of Rosenberg (Rožmberk), carrying a red five-petalled rose in a silver field in their coat of arms, a symbol often seen in Český Krumlov.

Short before the extinction of the House of Rosenberg, the Bohemian King and Roman Emperor Rudolf II bough the town and castle Český Krumlov for his natural son. Another Habsburg on Bohemian throne, Ferdinand II, gave Český Krumlov to Eggenberg family in 1622. The last of the Eggenbergs entailed Český Krumlov to the House of Schwarzenberg (1719). The members of this family were in possession of Český Krumlov castle till the year 1945. Since 1945 the castle has belonged to Czech Republic (previously Czechoslovakia).

Český Krumlov Castle is the second largest castle complex in Czech Republic (larger is only Prague Castle). In the castle, Gothic, Renaissance and Baroque architectonic elements are combined; the furnishings come also from 18th and 19th century. Well-known is the Baroque theatre preserved within the castle, created in the years 1765-66. The original stage machinery as well as a rich collection of costumes and sceneries has been maintained till today.

Another remarkable site of Český Krumlov is Church of St. Vitus dating back to 15th century with wall paintings from the same period. Close to the church, the former Jesuit College (at present regional museum), the old Market Square as well as Egon Schiele Art Centre (local gallery) are located. On the hill above Český Krumlov Castle, the Castle Garden can be visited, with its popular summer theatre scene known as Revolving Theatre (Otáčivé hlediště). 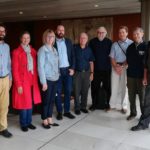 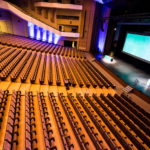 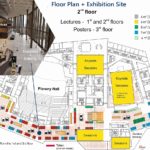